The bodies of Kandace Florence and Jordan Marshall, both 28, and Courtez Hall, 33, were discovered inside the vacation rental after they traveled to Mexico in late October to celebrate Dia De Los Muertos, or Day of the Dead.

On the night of Oct. 30, Florence was speaking on the phone to her boyfriend when she said she was beginning to feel ill and said something wasn’t right, according to the station WAVY. The call was then dropped and Florence’s boyfriend, who was back in the US, couldn’t get a hold of her.

He reached out to the Airbnb host to request a welfare check and police showed up to the apartment that night. Officers noticed a strong stench of gas and found all three friends dead.

Local authorities are investigating their deaths.

In May, three American tourists died of carbon monoxide poisoning while staying at a luxury Sandals resort in the Bahamas.

In the US alone, roughly 430 people die a year from accidental CO poisoning and another 50,000 visit emergency rooms each year.

Marshall and Hall were both educators in New Orleans and Florence was a small business owner from Virginia Beach. 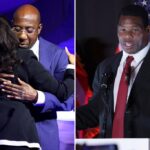 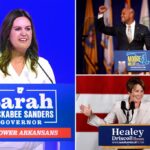