Lottery officials revealed on Thursday that a technical issue with the verification process in Minnesota caused the delay in this week’s record-breaking $2.04 billion Powerball jackpot drawing.

Initially set for Monday night, the drawing was delayed by several hours until Tuesday morning while officials addressed the glitch.

“After unprecedented lottery interest, Minnesota’s sales verification system caused a processing delay,” a statement on the Minnesota Lottery website reads. “The delay was necessary to confirm the Powerball drawing could be conducted securely and accurately. At no time was the integrity of the process compromised.”

The Minnesota Lottery system relies on a two-step verification process in which one vendor prints and records ticket transactions, and a second checks the work of the first. The two systems could not communicate Monday night, which made it impossible to “balance” the data and ensure that each ticket had a fair chance of winning.

While similar errors are typically solved “within an hour,” officials explained, Monday’s debacle took almost 10 hours to iron out.

“We sincerely apologize for the delay. We were just as excited as you were to learn about a new billionaire,” officials said in a blog post. “However, we had no choice but to delay the drawing. Any error in the drawing would have been worse than the actual delay.”

The eye-watering $2.04 billion jackpot is the largest lottery prize in American history, easily besting the previous record of $1.586 billion split between three Powerball players in 2016. The lucky California winner– whose name has not yet been shared– has the option to accept either a lump sum payment of $997.6 million or an annuity given in 30 graduated payments over 29 years.

While the IRS will carve out 24% in federal taxes, California does not tax lottery winnings; after taxes, the final amount will be about $758 million.

But the lottery winner is not the only person getting a windfall this week. Joe Chahayed, the owner of the convenience store when the ticket was purchased, also scooped up a cool $1 million for selling the winning token.

Chahayed, 75, said on Tuesday that he plans to share his winnings with his 11 grandchildren and the rest of his family. He also has no plans of slowing down now. 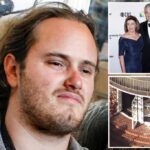 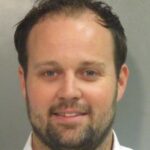