It turns out love does cost a thing.

About 22% of millennials and 19% of Gen Zers have gone into debt after blowing their cash on dates amid surging inflation, a survey has found.

The latest Lending Tree survey — which polled 1,578 US consumers on their dating habits — found that Americans, on average, are currently forking out about $91 per date.

“Everything is getting more expensive,” chief credit analyst Matt Schulz said. “It’s not just the new clothes, roses, ride-share, fancy dinner, concerts or the after-show coffee — it’s all of it. Even a quiet night at home with a bottle of wine and some takeout is pricier than it used to be.

“The extra cost of each of these things individually may not be earth-shattering, but added together, they can be a very big deal, especially when you’re living on a budget.”

But according to the survey, of those actively dating, 32% said they would still go on a date even if they can’t afford it.

Of the Americans who have gone in the red over their dating spending habits, credit card debt is the most likely culprit, the poll found.

Additionally, 6% say they have had their card declined on a first date.

While 61% of respondents said there dating habits hadn’t changed, the survey found that nearly 1 in 5 Americans are going on fewer dates because of inflation. Another 14% are also trying to spend less on dates.

“Dating has always been expensive,” Schulz said. “Throw rampant inflation into the mix and it can make an already challenging situation even tougher.”

The dating debt being taken on by millennials (aged 26 to 41) is likely impacted by major milestones most Americans are hoping to achieve in that age range, Schulz said.

“Millennials are already in an expensive time of life, and inflation isn’t making that any easier,” he said.

“They may already have kids. They may be drowning in student loan debt and probably have a higher rent payment than they did when they were younger.” 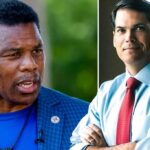 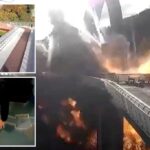