Before you reach for another cocktail, consider this. Binge drinking is to blame for 20% of the deaths of American adults between the ages of 20 and 49 over a recent four-year period, a new study found.

The findings were published Tuesday in the journal JAMA Network Open. When the age bracket is extended to 20-64, consuming excessive alcohol is tied to one in eight deaths.

Researchers examined national and state mortality data from 2015-19, noting that deaths fully attributable to alcohol have risen in the past decade.

Excessive alcohol use is a leading preventable cause of premature death that can beget ailments such as heart disease, cancer, unintentional injury and liver disease.

According to the study, the three leading causes of alcohol-related deaths in each age group were the same for men and women. For example, for adults 20 to 34 years old, these were “other poisonings,” vehicle crashes and homicide.

According to the Centers for Disease Control and Prevention, an estimated one in six adults binge drink — classified as four or more drinks in one sitting for a woman and five or more drinks for a man — with a quarter of them binge drinking at least weekly.

The data from the new study shows the percentage of deaths fully caused by alcohol (such as alcoholic liver disease) is higher among men (15%) than women (9.4%). By location, these deaths comprised 9.3% of total deaths in Mississippi versus 21.7% in New Mexico.

The study’s authors say the number of premature deaths could be reduced with policy changes such as increasing alcohol taxes.

There were some limitations to the study. The research only examined deaths from alcohol-related conditions identified as the underlying cause of death. Contributing causes of death were not included in the data. 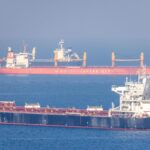 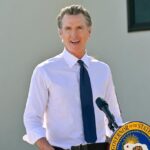