Twenty House Republicans on Tuesday called for the impeachment and removal of Homeland Security Secretary Alejandro Mayorkas in the next Congress for his failure to stop the immigration crisis at the southern border.

Rep. Andy Biggs (R-Ariz.), who introduced articles of impeachment against President Biden’s DHS chief last year, led the delegation of lawmakers at a press conference on Tuesday, making the legal case for how Mayorkas “has committed high crimes and misdemeanors” worthy of impeachment.

“Secretary Mayorkas has released more than one million illegal aliens into the country,” Biggs said. “Most of these released illegal aliens will never be heard from again.”

The Arizona Republican, who has said he’ll challenge Rep. Kevin McCarthy (R-Calif.) for the speaker’s gavel in the next Congress, argued that Mayorkas has “failed to maintain operational control of the border as required under the law,” “may have lied to Congress” when he testified that the situation at the border was under control, and has not detained illegal immigrants as required by law.

“The law is clear, illegal aliens shall be detained,” Biggs said.

Several other House Republicans stepped up to the podium on Tuesday to rail against Mayorkas’s handling of the border crisis.

“He knows what to do, yet he’s literally refusing to do it – purposefully,” said Rep. Chip Roy (R-Texas).

The border state Republican added that Mayorkas is “purposefully endangering the American people and migrants who seek to come here.”

“You bet this is a high crime and misdemeanor,“ Roy added.

Rep. Lauren Boebert (R-Colo.) argued that it’s time for House Republicans to “act” and not “just speak about what is happening” at the southern border, and that impeaching Mayorkas “is the appropriate place to start.”

“Secretary Mayorkas has refused to address this crisis. But we won’t. He regularly lies to the American people, claiming that the southern border is closed. I’ve been there. It’s wide open,” Boebert said at the press conference.

“In the private sector, if you don’t do your job, you get canned. So why is Mayorkas still our DHS Secretary when there were 230,678 illegal encounters at our southern border in October alone?” Rep. Barry Moore (R-Ala) tweeted on Tuesday.

In order for Mayorkas to be impeached, the House would need to pass a resolution making the case for the crimes and misconduct committed by the DHS chief by a simple majority vote. The Senate would then hear the impeachment trial and two-thirds would need to vote to convict for Mayorkas to be removed from office, which is highly unlikely to happen in the Democrat-controlled upper chamber.

Mayorkas traveled to the border city of El Paso, Texas, on Tuesday, where hundreds of migrants have reportedly been released and left to sleep on the streets, to “meet with the CBP workforce, review operations, and meet with local officials and organizations,” according to DHS. 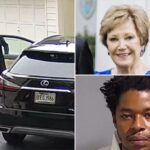 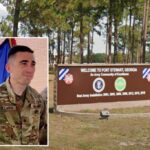