After the gunman shot 10 dead at Star Ballroom Dance Studio in Monterey Park, he stormed into a “rival” dancehall in nearby Alhambra armed with a semi-automatic assault pistol, according to Los Angeles County Sheriff Robert Luna.

“I can tell you that the suspect walked in there, probably with the intent to kill more people,” he said.

Two people inside the second ballroom, Lai Lai Ballroom & Studio, spotted the weapon and wrestled it away from the 72-year-old gunman, Luna said.

“He was disarmed by two community members who I consider to be heroes because they saved lives,” he said. “This could have been much worse.”

No shots were fired inside the second space, officials said.

Investigators recovered the assault pistol — which Luna said he believes was obtained illegally — at the scene after Tran had fled.

“Two brave community members decided they were going to jump into action and disarm him,” Luna said. “They did so, took possession of the weapon, and the suspect ran away.”

The two heroes have not been identified, nor have any of the victims of the deadly shooting.

Tran was confirmed dead of a self-inflicted gunshot wound following a stand-off with police in Torrance, Calif.

Local police there spotted the suspect vehicle, a white cargo van, and then heard a single gunshot go off inside the van Sunday morning before calling in tactical crews. Investigators recovered a handgun from inside the vehicle.

Monterey Park police officers were the first to respond to the initial shooting at Star Ballroom Dance Studio, where they discovered a horrific scene.

Monterey Police Chief Scott Wiese said the first cops to arrive were “some of my youngest officers” who had only been working on the ground for several months.

“When they came into the [dance hall] parking lot, it was chaos. There were wounded people; there were people trying to flee out all the doors,” Wiese said. “They immediately went into action and within just a couple minutes, those officers had entered the location looking for the suspect.”

He added that the officers followed the department’s protocols to take immediate action and were on the scene within three minutes of the first 911 call, which came at 10:22 p.m.

“Inside, they came across a scene that none of them had been prepared for,” Wiese continued. “There were injured people inside, there were dead people inside and my young officers did their job, searched for a suspect and then came back and had to deal with the carnage that was inside — and it was, it was extensive.”

The mass shooting happened just a half hour after a Lunar New Year festival — which had attracted a crowd of up to 100,000 people in the predominantly Asian-American community — wrapped up a short distance away.

“This could have been so much worse — only hours earlier there were thousands there,” local Rep. Judy Chu said.

The second day of the annual celebration slated for Sunday had been canceled while the suspect was at large.

“The students who go to Star Dance sometimes go to Lai Lai Studio, which is popular on Sundays,” said the instructor, who asked to remain anonymous. “Depending on the expertise of the teacher that night, the customers sometimes go back and forth between the two places.”

Investigators are still searching for a motive in the mass shooting. 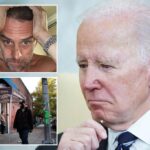 Group urges Biden to back rehab, not drug use sites for addicts 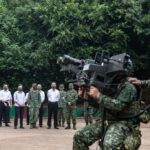