Two men were sentenced to four decades in prison this week for kidnapping a 17-year-old boy from an Olive Garden parking lot in Philadelphia and demanding $500,000 ransom from his parents.

The duo had been convicted of kidnapping and conspiracy to commit a kidnapping in June.

Prosecutors had presented harrowing evidence of the pair’s part in the brutal kidnapping of a 17-year-old from an Olive Garden parking lot in June 2021.

The victim, who remains anonymous, testified before the jury that Castelan-Prado, Ochoa and their third co-conspirator, Rodrigo Rodriguez-Gonzalez, grabbed him at gunpoint while he was counting tips in his car.

The men blindfolded him and forced him to spend the night in a cardboard box before driving two hours north to Castelan-Prado’s home at the Lakeview Apartments in Leonia, New Jersey. The kidnappers allegedly used the victim’s unlocked phone to get his parents’ phone numbers, and started making ransom demands for $500,000 from them.

The teen’s father, Waldis Santana, allegedly owed the group money related to a drug cartel, the Philadelphia Inquirer reported. The victim later testified that he heard the men on the phone with someone in Mexico who said they should start cutting off his fingers if his parents did not pay.

Authorities eventually tracked the ransom calls to the apartment complex. Rodriguez-Gonzalez was killed in a shootout with police before the teen was rescued on June 16.

Evidence at the scene later proved that the trio stalked Santana and his family for weeks, going so far as to place a tracker in his car.

“The seriousness of this offense cannot be understated,” Assistant US Attorneys Justin Oshana and Katherine Shulman said in court filings prior to the sentencing.

“The victim endured 36 hours of terror that only came to an end because of the actions of law enforcement.”

Meanwhile, Ochoa attorney Peter J. Scuderi tried to pin some of the blame on the victim’s family, saying Santana’s involvement in the drug trade was what placed his son at risk.

“It’s very fortunate that this young man is alive to tell the tale,” he concluded. 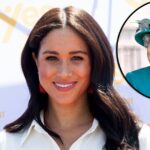 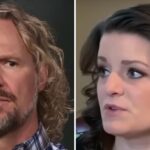