Two young men accused of firing potatoes at e-scooter riders, which left one person blind in one eye, have faced court.

Trent Phillip Green, 19, and Brandon John Nutu Micicoi, 20, are both charged with a string of offenses, including causing grievous bodily harm, over the alleged attack near Mettams Pool in Trigg, in Perth’s north, about 9.30 a.m. on May 20.

Potatoes were allegedly fired or thrown at people from a passing car on West Coast Drive.

A 28-year-old man suffered a fractured arm and facial injuries which required surgery to remove his eye, police said.

Green and Micicoi briefly appeared in Perth Magistrates Court on Friday but did not enter a plea.

They were arrested this week after a police investigation which included a public appeal for information.

Inspector Brett Baddock said this week that police would allege the “dangerous act” was planned but not targeted at any one individual.

“It would appear those involved thought it would be fun to use potatoes as projectiles aimed at people minding their own business and enjoying our coastal strip,” he said.

“This so-called fun has ended in tragedy, with the victim losing one eye.”

In addition to the grievous bodily harm charge, Mr. Green is facing one count of acts likely to endanger the life, health or safety of any person, as well as one count of possessing a prohibited weapon.

Micicoi has also been charged with one count of acts likely to endanger the life, health or safety of any person, as well as three counts of common assault.

The matter was adjourned until November 17. 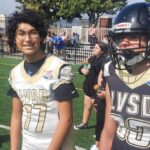 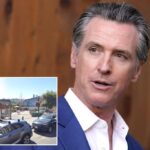