PUEBLO, Colo. – Two adults have been killed, and a child was hospitalized when high winds and large waves capsized three kayaks at Lake Pueblo State Park in Colorado on Sunday afternoon, according to Colorado Parks and Wildlife.

Witnesses told authorities that a kayak carrying an adult and child capsized in large waves that formed when winds gusted between 35 and 45 mph on Sunday afternoon.

Two additional kayaks, each carrying a single adult, tried to help, and the waves capsized both.

At that point, officials said four people were in the water near the Sailboard Beach area on the north side of the lake.

Colorado Parks and Wildlife said rangers responded to the calls for help just before 3:30 p.m. When they arrived at the scene, they found the four people in the water, including the child.

One of the rangers was able to grab the child and begin CPR until EMS crews arrived. The child was then flown to a hospital for treatment.

One of the adult victims was recovered almost immediately, and an underwater drone was used to locate the second victim because conditions on the lake were too dangerous.

According to officials, the second victim was located about an hour later, submerged in about 20 feet of water.

Both bodies were brought to the Pueblo County Coroner to determine the cause of death.

“This is another heartbreaking tragedy, and we send our deepest sympathies to the families and friends of these victims,” park manager Joe Stadterman said in a statement. “We continue to urge everyone to pay close attention to weather conditions and to wear life jackets when they are on or near the water so we can avoid future tragedies like today.”

According to officials, these deaths are now the seventh and eighth water-related fatalities in 2022 at Lake Pueblo. Before Sunday, there had been five drownings and one death due to a boating accident.

So far in 2022, Colorado has reported 38 water-related fatalities. And if Sunday’s deaths are confirmed to be drownings, they would make 36 recreation-related drownings. 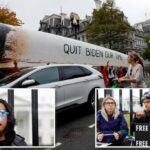 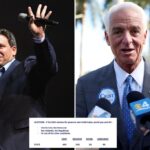