A man and a woman were found dead Tuesday on the University of California, Irvine, campus in what appears to be a murder-suicide, police said.

Officers responded just before 4 p.m. after receiving 911 calls about two people lying unresponsive on the ground outside a multistory building.

The man and woman were pronounced dead on the scene. They had not been identified as of Wednesday morning.

Detectives found evidence suggesting the deaths were the result of a murder-suicide and that the victims were related.

Police told KCBS-TV that the man was a former student at the university but the woman had no campus affiliation.

It is believed that the man killed the woman before jumping from B Building in the Social Science Plaza.

“At such a time, our primary thoughts are with the victims and their families,” Chancellor Howard Gillman said in a statement. “But there are also members of the UCI community who have been contacted to assist with the investigation and to share their knowledge of what may have happened.”

Gillman added that he was told by law enforcement that this appears to be an “isolated incident” and there is no ongoing danger to the UC Irvine community. 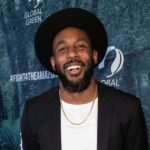 How Much Ellen’s DJ Made 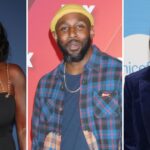