The two people killed aboard a small plane that crashed in Westchester County Thursday have been identified as Cleveland residents flying back from a funeral – one of whom sent a chilling last text that said: “I love you and the kids . . . We lost engines.”

Passenger Benjamin Chafetz — who died along with pilot Boruch Taub — reportedly sent the message at 5:27 p.m. to a WhatsApp group, apparently believing he was giving a private farewell to his wife.

“I love you and the kids. I am sorry for everything I have done.  … We lost engines. Call and have community say Tehillim,” The Jewish Chronicle reported, referring to the Hebrew term for the Book of Psalms.

The 47-year-old, single-engine Beechcraft A36 was headed from JFK Airport to the Cuyahoga County Airport in Richmond Heights, Ohio, when the pilot reported engine trouble about 6:15 p.m., the Federal Aviation Administration said.

The plane was about a mile from the Westchester County Airport, about 40 miles north of JFK, when Taub reported that he was low on oil pressure, FAA spokesperson Elizabeth Isham Cory said.

He radioed air traffic controllers that he was approaching the White Plains airport, but then went silent, according to Westchester police rep Kieran O’Leary.

The wreckage was located in woods behind an office park in Armonk, a hamlet in the town of North Castle, about a mile from Westchester County Airport.

The two men were flying back to Cleveland after attending a funeral, according to dansdeals.com.

Taub owned Masterworks Automotive & Transmission in Cleveland Heights, according to the news outlet.

Westchester County Executive George Latimer said Friday that the two men were members of the Orthodox Jewish community, and that there are “special religious traditions that have to be honored when dealing with fatalities, WCBS reported.

He said their bodies have already been recovered and sent to Ohio for burial before sundown.

The owner of the plane, who runs Daviation, a company in Willoughby, Ohio, WCBS that both men were experienced pilots.

Chafetz, who was born in Jerusalem to American parents, grew up in Providence, Rhode Island, and Worcester, Massachuetts, according to a profile in Ami Magazine from February 2022 in which he described his success as an entrepreneur.

“When I was a kid, I was labeled as learning disabled. I was placed in a school for children with severe disabilities and special needs. From first to third grade, my classmates were children with Down syndrome and severe autism,” he told the outlet.

“I remember the first time I was in New York; I was in sixth or seventh grade at the time. I was shocked to see someone on the street with a yarmulke. I yelled with excitement every time I saw someone with a yarmulke,” he said.

He eventually launched 121eCommerce, which has developed websites for Fortune 500 companies, with about 70 employees in the US, Argentina and Ukraine and offices in Cleveland and Argentina, Ami Magazine said.

“I realized that there weren’t any web development companies that operated with the understanding that they aren’t building a website, they’re building a business,” he told Ami. 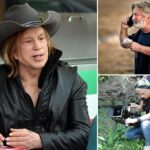 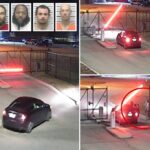