Two Alabama residents – including a woman wearing a superhero cape and a purple wig — allegedly kidnapped a teenage girl to Florida, where she was beaten, bound and dumped under a tree, police said.

Deputies with the Jackson County Sheriff’s Office responded about 6:15 a.m. Saturday to a call about a possible abduction and discovered the girl with her hands tied behind her back.

Coby Jerome Jordan, 22, picked the minor up a day earlier and met up with two women, including Molly Michelle Jarrett, 19, police said.

The victim was taken about 1 a.m. Saturday to an abandoned building, where Jordan allegedly beat her and bound her hands and feet, according to the report.

A short time later, the girl was dropped off under a tree.

A nearby resident noticed the victim tied up and called police around 6:15 a.m., Fox News reported.

Sheriff’s deputies found the girl still bound with her hands behind her back.

Jordan was charged with robbery, false imprisonment, tampering with a victim and battery.

Jarrett was slapped with principal in the first-degree counts of robbery, false imprisonment, tampering with a victim and battery.

It was unclear if the victim knew any of the suspects before the incident. 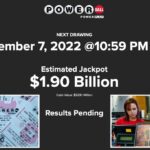 Winning numbers for $1.9 billion Powerball jackpot to be drawn soon 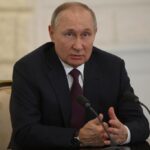