The US saw a record 2.4 million migrants stopped at its border with Mexico in the fiscal year that ended last month — a surge fueled by asylum seekers from Venezuela, Cuba and Nicaragua amid deteriorating economic and political conditions in those countries.

US Customs and Border Protection announced Friday that migrants were stopped 2.38 million times in the fiscal year that ended on Sept. 30.

September marked the third-highest month of border encounters under President Biden, with 227,547 stops recorded by officials.

The swell was an 11.5% increase in border stops from August and an 18.5% increase from September 2021, customs officials said.

Migrants from what the CBP calls the “three failing communist regimes” made up more than a third of the September encounters, overtaking people seeking asylum from Mexico and Central America’s Northern Triangle.

The shift was partly due to Title 42, a COVID-19 precaution that authorized officials to expel migrants to prevent spreading the virus. Since the US has poor diplomatic relationships with Venezuela, Cuba and Nicaragua, they are often permitted to enter the US to pursue their immigration cases.

Since Oct. 12, the US has expelled Venezuelans to Mexico under Title 42, causing a sharp downtick in migrants from the South American country, officials said. The Biden administration has said it would admit 24,000 Venezuelans on humanitarian parole if they had a financial sponsor and flew to the states — the same process under which tens of thousands of Ukrainian war refugees have been welcomed.

The first four Venezuelans to follow the new parole guidelines arrived this weekend, and hundreds more applicants have been granted approval to fly north, according to homeland security officials.

“While this early data is not reflected in the [September] report, it confirms what we’ve said all along: When there is a lawful and orderly way to enter the country, individuals will be less likely to put their lives in the hands of smugglers and try to cross the border unlawfully,” said CBP Commissioner Chris Magnus.

As Republicans look to wrestle away control of the Senate and House from Democrats in the upcoming midterm elections, GOP members of the Homeland Security Committee released a terse five-word statement in response to the record-setting immigration numbers.

Another grim record was reportedly set in fiscal year 2022; 856 migrants died at the southern border, and 25 have already died this month, according to Fox News. 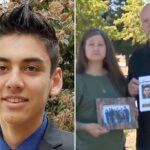 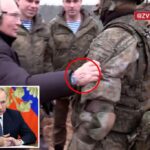