A 16-year-old girl was in serious condition after being mauled by six of her family’s large dogs at their home in Southern California over the weekend, authorities said.

A neighbor called 911 to report the attack around 3:30 p.m. Sunday in Thousand Oaks, according to the Ventura County Fire Department.

Sheriff’s Capt. Ron Chips said the teen suffered “several significant lacerations and dog bites to her head, torso, and arms.” The girl’s mother was also bit, but not seriously injured, he said.

The dogs were identified as cane corsos, a type of mastiff, the Ventura County Star reported Monday.

When firefighters arrived at the home, they attempted to stop the attack by blasting their truck sirens and waving their tools, officials said.

KTLA-TV showed video of Los Angeles County Animal Care and Control officers removing the dogs from the home and putting them into a truck. 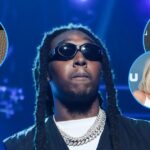 Celebrities React to Takeoff Dead: Tributes On His Death 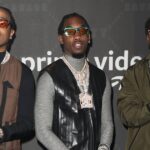 Why Did Migos Breakup? Offset Split From Quavo, Takeoff