A North Carolina District Attorney says that she plans to prosecute the 15-year-old boy charged with killing five people in Raleigh as an adult, according to a report.

The teenage suspect, identified by local news outlets as Austin Thompson, allegedly carried out the deadly rampage in a residential neighborhood Thursday night.

Wake County District Attorney Lorrin Freeman told Fox News Friday that she will prosecute the teen — who is in critical condition at a hospital after the attack — as an adult “assuming he recovers.”

K-9 Officer Casey Clark was wounded during the incident but has since been treated and released from the hospital. Another surviving victim identified as Marcille Gardner, 59, was hospitalized in critical condition.

The carnage began at 5 p.m. when Austin Thompson allegedly opened fire in the 6000 block of Osprey Cove Drive, killing his first two victims, before running onto the Neuse River Greenway, where he shot dead three others.

The teen suspect was detained by the police after 9:30 p.m. following an intense, hours-long manhunt.

It remains unclear how the 15-year-old suffered injuries requiring his hospitalization.

Thursday’s massacre marked the 25th mass killing in 2022 in which the victims were fatally shot. 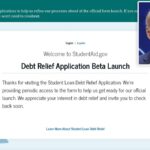 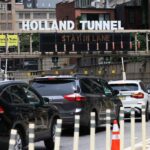