A Michigan teenager jumped over the retaining wall of a freeway and fell 25 to 30 feet after running out of gas in an allegedly stolen Mustang during a police chase on Wednesday evening, the Brownstown Police Department said.

The suspect was transported to a local hospital and did not appear to have any life-threatening injuries.

The nearby Woodhaven Police Department originally put out an alert that three Mustang Shelby GT500s had been stolen from the Ford Flat Rock Assembly Plant around 7 p.m. on Wednesday.

Brownstown police officers located the stolen vehicles going northbound on I-75 and attempted to pull them over, but all three sped off. One of the Mustangs then ran out of gas on the interstate in southwest Detroit.

The suspect, who Fox 2 Detroit reports was just 14 years old, got out of the car and jumped over the bridge in an attempt to flee officers as they approached the vehicle.

The teen was turned over to his mother’s care after he was transported to a local hospital.

Brownstown Police Lt. Andrew Starzec told Fox News Digital that it was too early to tell whether the thefts on Wednesday evening were part of a larger car theft ring that has targeted that same assembly plant and others in the Detroit area.

Ford did not immediately respond to a request for comment on Thursday. 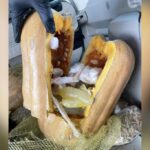 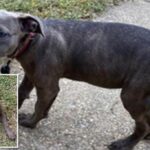