A 13-year-old boy getting food with his friends at a Chick-fil-A in downtown Los Angeles was stabbed to death by a gaggle of teens, police said.

The viscous brawl started outside the fast food place at around 5:40 p.m. Wednesday at the intersection of 7th and Flower streets.

Marco Murillo, from Rialto, was stabbed by one of the attackers just as officers from the Los Angeles Police Department’s Traffic Services Division were trying to break up the fracas, reported the local station KTLA.

The 13-year-old was administered first aid and then transported to a hospital, where he was pronounced dead.

Police said that in the course of their investigation, they learned that Murillo and the person suspected of stabbing him had a verbal argument that quickly escalated to physical violence.

The slain boy’s mother, Lorena Lopez, said there is nothing to suggest her son knew his attacker, or any of the other teens who were involved in the fracas.

“As far as I know my son’s never seen these guys a day in his life,” Lopez told Eyewitness News.

No information on any arrests was released, but at least one person of interest was seen on video being detained at the scene. Police were reportedly looking for another individual.

Cops provided a description of the suspect, saying that he is a Hispanic male between ages 14 and 17 with a medium build and height.

A makeshift memorial has sprung up at the site of the stabbing, with family and friends coming in droves to leave candles, flowers and balloons in Murillo’s honor.

During an emotional vigil, family friend Amanda Patterson called on his killer to turn himself in.

“It’s the right thing to do,” Patterson said. “The mom doesn’t deserve to bury her 13-year-old son.” 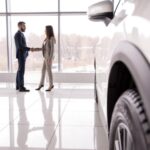 Cars For Sale Near Me: 5 Must Do Things Before Buying 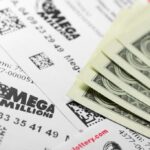 The best states to win the $1.35B Mega Millions jackpot — Is yours on the list?