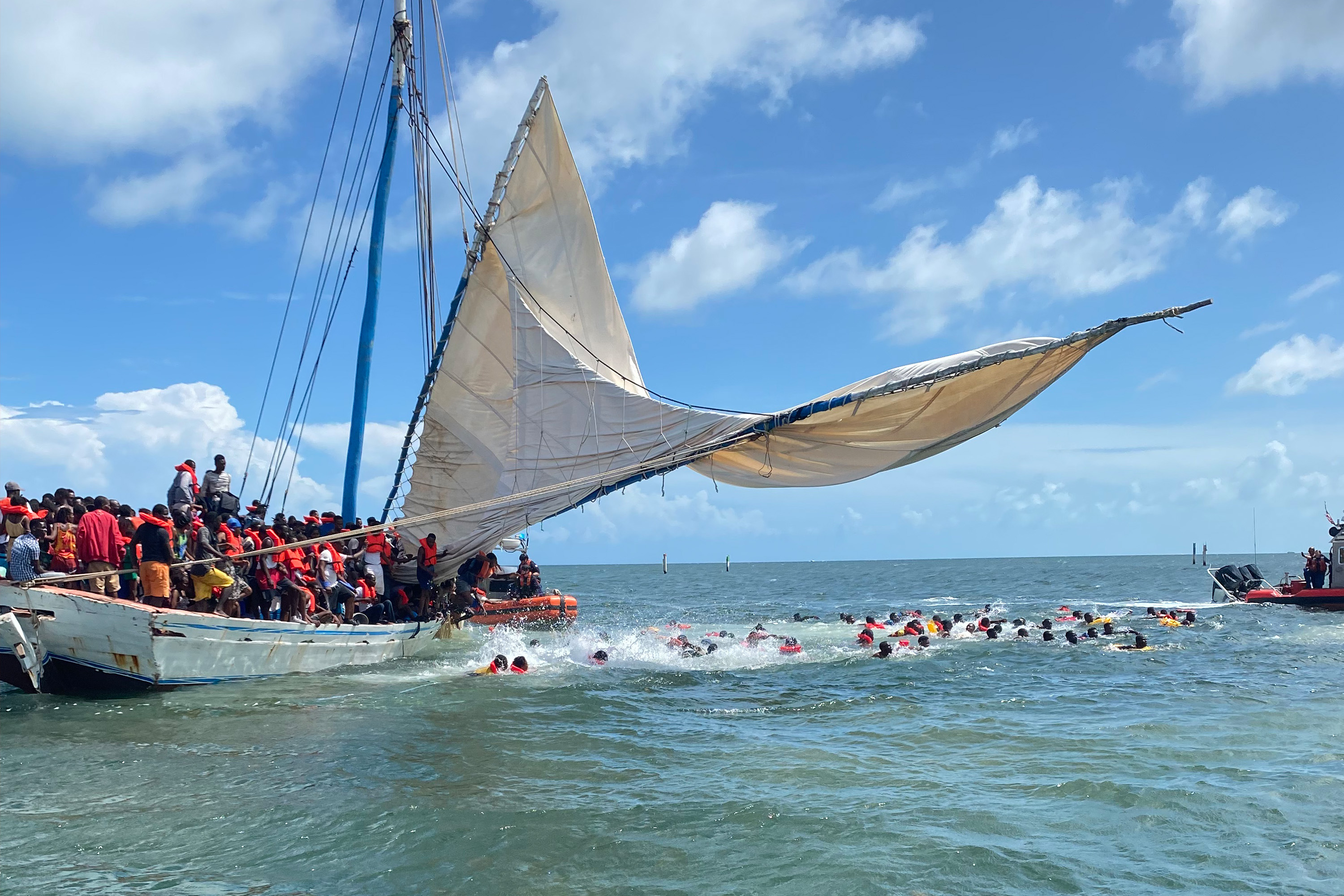 Officials took 113 Haitian migrants into custody Saturday after their jam-packed boat ran aground off the Florida Keys.

The Coast Guard said in a tweet that it responded with “other partner agencies” to a “grounded sailing vessel off Ocean Reef ” near Key Largo Saturday afternoon.

Ships and helicopters from the Coast Guard and U.S. Customs and Border Patrol’s Air and Marines Operations division surrounded the overcrowded sailboat, photos of the dramatic rescue show.

“Rescue crews are safely transferring people from the grounded vessel to [Coast Guard] ships. People entered the water without #lifejackets and are being rescued,” the Coast Guard tweeted in an update, with photos showing dozens of people being rescued from the water.

The migrants were observed at the Ocean Reef Country Club around 6:15 p.m. photos from WPLG’s helicopter showed. Dozens of people were seen sitting in a grassy area, some shrouded with white blankets or towels. A bus and law enforcement officials were also seen at the scene, photos from the outlet showed.

“We’re working to keep them safe, clean, fed and healthy and identify exactly who they are and what they may or may not have brought with them to the country,” Chief Patrol Agent Walter N. Slosar said in a video statement.

He said USCBP was working with other agencies to “transfer them into our custody and into the immigration process.”

“This is an ongoing investigation and we are trying to identify the smugglers who crammed these people onto that vessel,” Slosar said.

The massive rescue comes as the search continues for five missing Cuban migrants after a “rustic” boat filled with 15 migrants capsized off Sugarloaf Key on Friday, killing two. Eight others were rescued.