The mother of a young boy who was kicked off a Jetstar flight for not traveling with an adult, said her son was “left inconsolable” over the incident.

Jack Garland, 11, and his sister Scarlett were booked on a flight from Sydney to the Gold Coast over the October long weekend. The original booking included their father, however due to a sudden change in work commitments — he was no longer able to travel and was taken off the ticket.

However Garland claims that once the pair were seated on the flight, her son was removed with no explanation given to her daughter.

Appearing on Channel 9’s Today Show, Garland said the removal of her son from the plane was “horrendous” for the family.

“It was one of the most horrendous days of our lives as a family,” she told hosts Karl Stefanovic and Alison Langdon, who described the incident as a “parent’s worst nightmare”.

“Just the fact that Scarlett and Jack were flying on their own for the first time was stressful enough, then to get the call from Jack saying he had been taken off the flight and he didn’t really understand why – he was just beside himself.”

While Jack was removed from the flight, teenager Scarlett was unable to get off — meaning she arrived into the Gold Coast without her brother or any knowledge of where he was.

“No one had told Scarlett what was going on and by the time she got to the Gold Coast she was beside herself not knowing what had happened to her brother,” Garland said, noting her son was “inconsolable” on the phone.

The budget airline has apologized for the ordeal, with a spokesperson admitting staff on board the flight “should have handled the situation better”.

“We sincerely apologise to Ms Garland and her family for the extremely distressing situation,” the statement sent to news.com.au read.

“While we enjoy welcoming young passengers on board our flights, Jetstar does not offer an unaccompanied minor service and young passengers must meet certain requirements in order to travel independently with us, including being of secondary school age.

The spokesperson said they will be looking into why Ms Garland “was not clearly informed of this before her son travelled” and how the airline can improve its processes to ensure this doesn’t happen again.

“We also apologise to Ms Garland for the delay she has experienced in obtaining a refund and can confirm that refunds are being processed for her family’s entire booking,” the airline spokesperson added.

Mrs Garland said she would rather an actual apology above anything else.

“I’d like reassurance that this won’t happen to another family one day,” she explained.

The ordeal comes weeks after Stefanovic unleashed on the airlines after claiming “rude” staff left his teenage daughter feeling “completely intimidated” during a recent flight.

The Channel 9 personality revealed in October to his co-host Allison Langdon that during a recent flight from the Sunshine Coast, his 17-year-old daughter Ava was 500g over the carry-on limit.

When she asked if she could put an item from her suitcase into her handbag, she was denied in what Stefanovic says was a “rude” manner by staff.

“So she [Ava Stefanovic] could take something out and throw it out, but she couldn’t take it out and wear it?” Langdon questioned.

It is understood Ms Stefanovic was required to pay excess for the 500g of excess baggage she had in her carry-on. 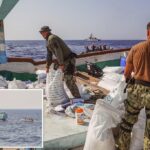 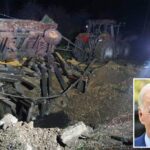