After first being introduced to viewers as part of the Discovery+ series Too Large, Vanessa and Meghan scored their own spinoff. Season 1 was deemed a success, and season 2 is just around the corner. Keep reading for more details.

TLC viewers have enjoyed a variety of extreme weight loss programs, but few shows amassed the same success as 1000-Lb. Sisters, starring Tammy Slaton and Amy Slaton. Given the heightened popularity, the network took the plunge and green lit 1000-Lb Best Friends, documenting the lives of Vannessa, Meghan, Tina and Ashely as they started – and maintained – their weight loss journeys full of ups and downs.

Season 1 saw several standout moments that defined each cast member’s story arc. Meghan, for instance, opened season 1 after having gone through bariatric surgery, but had stopped losing weight at the rate she was hoping for. Meanwhile, Vannessa was disappointed with her own weight loss and was determined to stay on track after meeting with a nutritionist and therapist. Ashley, for her part, was shown considering a second bariatric surgery to help her down the path of weight loss, and Tina struggled in her role as a mom due to her extra pounds.

The friends were given a few challenges throughout season 1, notably including wearing bikinis to the beach to confront their fears and societal expectations of the “swimsuit body.” Can fans expect similar storylines for season 2?

The four friends are back for season 2, and they will be joined again by Dr. Charles Procter, a renowned bariatric surgeon who has also appeared on 1000-Lb Sisters. Dr. Procter and the stars of 1000-Lb Best Friends shared several emotionally charged moments during season 1, with the physician telling Vannessa specifically that if she did not start to lose weight, she would be “around for much longer.”

Fans may also meet Meghan’s fiancé, Jon, who was introduced to viewers during Too Large. Season 2 is set to show Meghan both planning her wedding and struggling to stay on track given her weight loss journey.

Viewers can catch 1000-Lb Best Friends season 2 on TLC as well as Discovery+. To catch up before the premiere, fans can watch season 1 on TLC, Discovery+, Amazon Prime Video, YouTube TV or through fuboTV.

1000-Lb Best Friends is set to be just as emotional, uplifting and nail-biting as season 1. Viewers will see Vannessa reveal her post-surgery figure in episode 1, with Meghan simultaneously struggling to keep the weight off. Ashely is hopeful that surgery will be in her future, but her increased weight might present a candidacy issue. As for Dr. Procter, his office will be the scene of some emotional breakdowns amid the friends’ collective weight loss journey. The teaser for 1000-Lb Best Friends can be seen here. 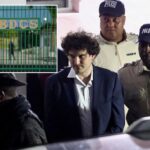 “I’m the top salesperson…trust me, I don’t need sales training!”