At least one person died while police clashed with soccer fans trying to push into an Argentine league match Thursday night, and the referee stopped the game as clouds of tear gas spread inside the stadium.

Authorities and witnesses said fans of the home team, Gimnasia y Esgrima, struggled to enter an already full stadium, and police fired rubber bullets and tear gas trying to get the crowd to retreat.

The incident came less than a week after the use of tear gas outside a soccer match in Indonesia set off a crush that left 131 people dead.

Nine minutes into Thursday night’s match between Gimnasia and Boca Juniors, referee Hernán Mastrángelo suspended play. The league said on Twitter that he acted because of the lack of security.

Players retreated to their changing rooms, and many spectators flooded onto the field trying to escape the tear gas.

“Unfortunately there is one person dead. He died of a heart problem,” Sergio Berni, security minister of the province, told Todo Noticias.

Berni gave no details about the circumstances in which that person died.

Only Gimnasia fans were in Juan Carmelo Zerillo stadium in La Plata, since Buenos Aires province banned supporters of visiting teams from games in 2013 amid frequent outbreaks of violence.

The Argentine Football Association said in a tweet that it “expresses its commitment to continue working to eradicate this kind of episode that tarnish the football party.”

No new date was announced for resuming the game.

Some fans claimed there had been overselling of tickets amid excitement over the match between two teams fighting for the league title, saying people likely became anger when they could not get into the stadium.

In its security protocols, FIFA advises against the use of tear gas in or around stadiums in order to avoid risky situations such as in La Plata or in the Indonesian city of Malanga last Saturday, when many of the dead were crushed to death during the stampede of fans. 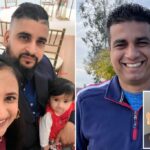 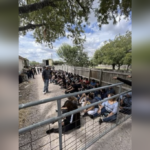