More than 1 million illegal migrants reportedly have evaded authorities while crossing the US border since President Biden has been in the Oval Office.

Customs and Border Protection sources told Fox News border agents have tallied 1.2 million migrants who got away after an illegal crossing since January 2021.

CBP records the number of migrant encounters at the southern border monthly; it doesn’t compile how many migrants are on authorities’ radar but aren’t taken into custody.

Since Biden took office, the flow of migrants has jumped drastically.

The migrant border surge in December 2022 intensified as the Trump-era policy Title 42 was set to expire — before the Supreme Court kept the policy in place for now. The order allows Border Patrol agents to quickly return migrants to Mexico in order to fight the spread of COVID-19.

December’s tally comes after a record-breaking 2022 fiscal year that notched more than 2.4 million migrants crossing the border. Republicans have sharply criticized Biden’s handling of the border — and introduced articles of impeachment against Homeland Security Secretary Alejandro Mayorkas this month.

The massive migrant influx prompted the Texas border city of El Paso to declare a state of emergency in December — and Mayor Adams has assailed federal leaders for a lack of action to deal with the migrant surge into New York City.

The Big Apple has received tens of thousands of migrants arriving in buses since last year, which Adams said has led to a heavy burden on municipal services. The Democrat visited El Paso last week, a week after Biden made his first trip to the border since he became president. 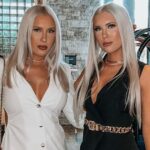 Jobs, What They Do for a Living 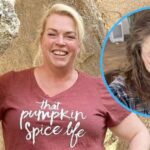