Lottery players looking to get rich quick were on the edge of their seats Wednesday night as the numbers were drawn for the astounding $1.2 billion Powerball jackpot.

The jackpot, a cash value of $596.7 million, is the second-largest sum of money in Powerball history and the largest prize in more than six years.

There have been 38 consecutive drawings without a grand prize winner since early August.

However, some lucky people won smaller prizes in Monday’s Halloween drawing. There were 5.4 million winning tickets for a total of $59.5 million in prizes.

The odds of winning the jackpot are one in 292.2 million.

The next Powerball drawing is on Saturday night. 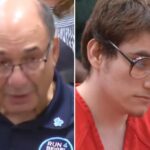 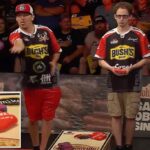